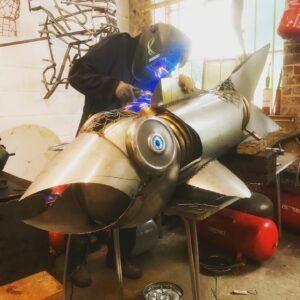 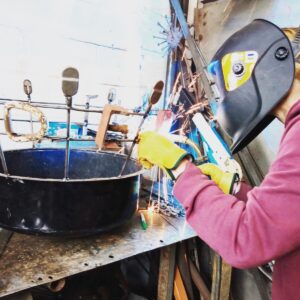 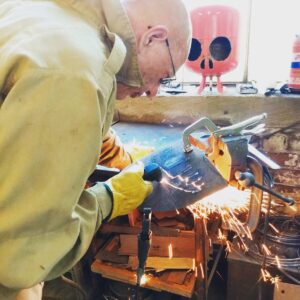 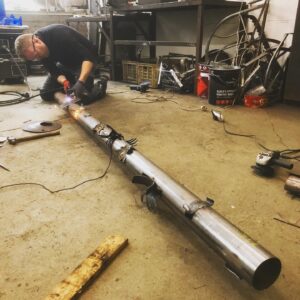 Well, we’ve just run our 23rd course and this one had a very friendly / crazy vibe about it. Our students were four old school friends (two of them were returning students) so there was lots of catching up but also an underlying competitive streak in the ambitious stakes. Tim brought along his old boiler and lots of other bits and actually used them this time rather than taking them home again. He made a huge fish for his newly acquired garden pond which only just fitted in his car at the end of the weekend. Cat owns a tug boat in Whitby harbour so decided on a crows nest style fire pit with the boats name ‘Def Qon 1’ around the rim in junk lettering. Robert, initially made a machine gun from some old tools then went all out on a skull figurehead with a compartment inside for lights and candles. Lastly Seth made a 3m high garden light with cut out shapes courtesy of his kids that will be illuminated by a LED rope light. We’re all booked up for the rest of this year’s courses but if you want to be among the first to know when we get next years dates organised just drop me an email.