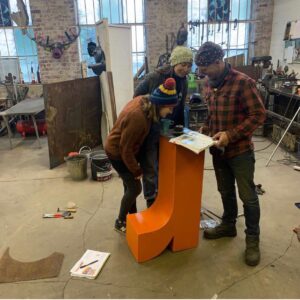 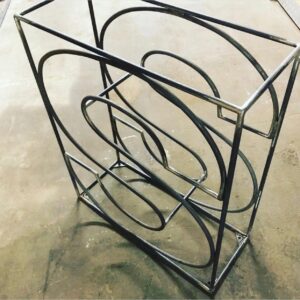 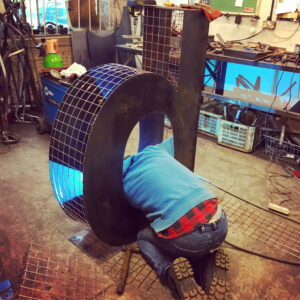 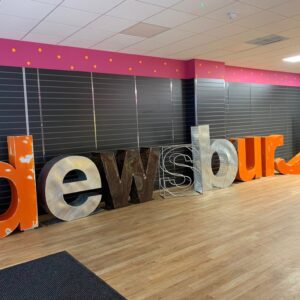 A recent project i’ve been working on are four new letters for Dewsbury market. Charlotte North from Emmeline North Design asked me to work on the project making four new letters with added guidance from Rebecca Appleby. The brief came about because Dewsbury market is going to close next year for a two year re-vamp and in the meantime a temporary market using shipping containers will be set up. This will incorporate a drinking area near a pub and Charlotte came up with the idea of having a big Dewsbury sign, a bit like the Hollywood sign after finding some old Superdry shop letters in a reclaim yard. As there are only four common letters in Dewsbury and Superdry, i was asked to make the other four based on designs the three of us worked out. I’ve really enjoyed working on this scale and having to be quite accurate for a change and it’ll be great to see the letters in place next spring.