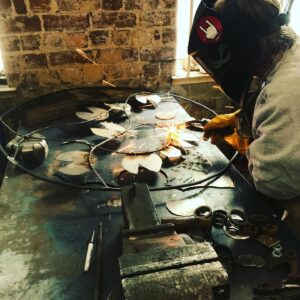 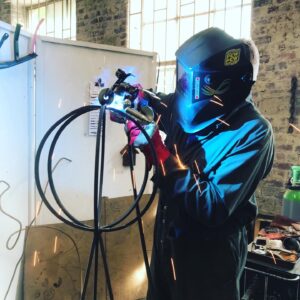 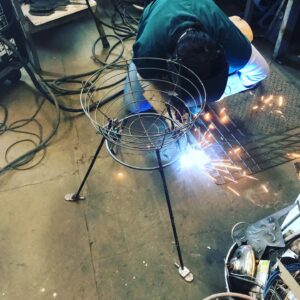 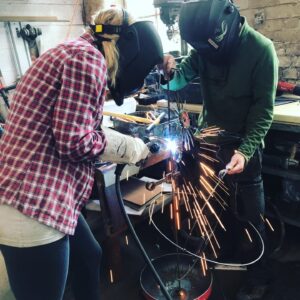 We’ve just done another course, this one is not long after the last one because we’re fitting our schedule around Billy’s social life at the moment. Anyway, as usual four very happy students took their work home with them at the end of the weekend, all surprising themselves with what they thought they were capable of. In my room were Selma and Adrian, both making garden sculpture. Selma made a pond cover which she adorned with lilies and a dragonfly whilst Adrian used his ex-engineer skills and made a motorbike themed garden obelisk. In Billy’s room, Melissa brought various bits of scrap metal from her own garden and combined them with our scrap metal to make a unique Etruscan inspired garden ornament, whereas Jules felt compelled to make a version of the solar system after easily making a strange animal head. Thanks as ever to Billy (David Mayne really) who i run the courses with, we’ve got two more this year which are full then we sort out next years dates. If you want to go on our waiting list and get those dates first, just drop me an email.