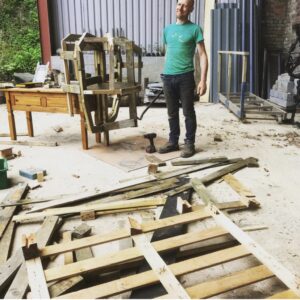 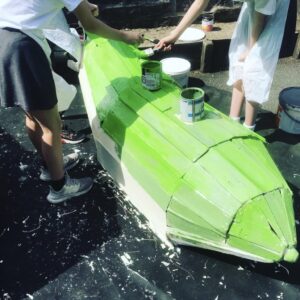 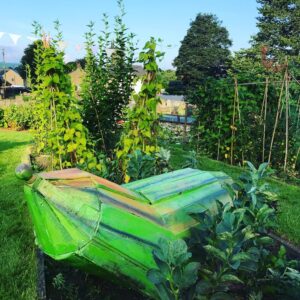 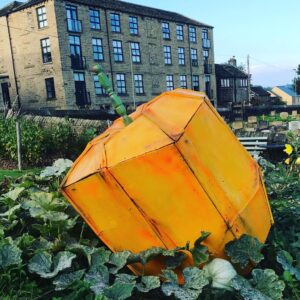 It was the Arts Festival recently in Holmfirth and one of the most popular events is ‘Art in the Woods’. This year though there wasn’t much of a wood to have the trail round because a lot of the woods had been harvested so the trail was at New Mill Community Garden instead. It’s a great location and one that many people (myself included) may not have been aware of. After the initial site visit i decided to make some massive vegetables to go in the the garden area and foolishly decided i’d make them in wood. To make matters more complicated i decided to base their design on the work of British painter Euan Uglow whose angular fruit pictures i really liked. So, a huge pile of scrap wood, two full days, lots of head scratching and 1000 screws later i’d made a pumpkin and a marrow. Hepworth Junior School helped me paint them and we only got a bit of gloss paint on the playground (and the kids). The event attracted around 500 people over the festival to what is a truly special place, made more so by the people who run it.